Bridging the gap between stage & street dancing.
| No Comments 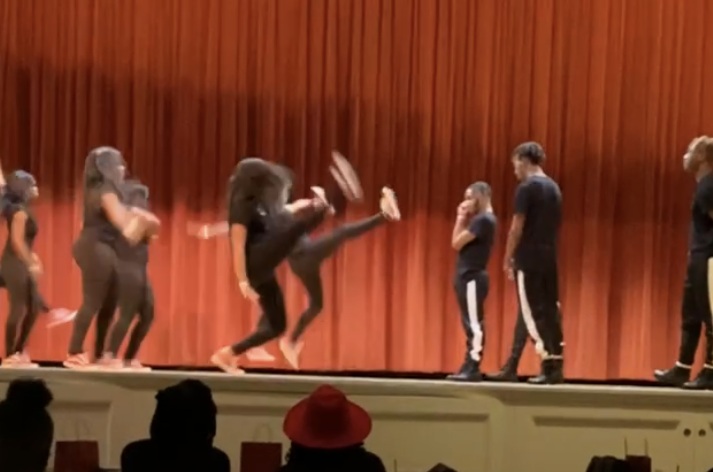 Let’s talk about stepping or how some would call it, “step-dancing”.

I bring it up today in a subjective dance conversation because of the influences being expressed in the art of the choreographers, step teachers, creatives, and next generation of dancers. If you’ve been anywhere near an HBCU (Historically Black College or University), you generally know that each fraternity and sorority has signature moves, colors, chants, and/or appearances. Commonly, through community outreach and individuals taking journeys of instructing, youth step teams tend to learn directly from the source and resemble some of the characteristics of these organizations. Some take it a step further and boldly begin fusing different styles to create unique routines and styles that represent themself.

Right here in Richmond, Virginia is Precision Step Team of The Bolden Academy, led by Mrs. Andrea Burke. My favorite thing about this army is they are selfless in putting on for the steppers of Richmond, Virginia. I mean they push for step to be recognized amongst other dance styles, they use step to build discipline, pride, tactical skills and more, they inspire other organizations to follow in their footsteps (pun-intended), and they provide RVA with events like the “STEP TO UNITE” performance rally during the 2020 protest period and “BREAK THE STAGE”, an annual event drawing hundreds of spectators.

This being my first time attending Break The Stage in RVA, I walked into the anticipated amazement of a packed house of steppers, supportive family members, DJs, and a few entrepreneurs. The energy in the room was uplifting and made you happy even if you didn’t know why. As I made my way to the front, I spotted my Takeova DJs partner, DJ B-Sounds, holding down the music and crowd control while the co-hosts proceeded to introduce the kids of Henrico PAL Majestic Dynasty Dance Program, who ironically features two of my little cousins (one as team captain), followed by Armstrong High School cheerleaders, who I (as a Trojan) recognize to be heavily influenced by the VSU Woo Woos. They both have a raw stomp and shake cheer style and wear old orange & blue. I couldn’t help but enjoy the execution of everyone mentioned.

By now the crowd is just about full and it’s time to get to stepping!

The program proceeded with performances (including one sorority of the Divine Nine, Delta Sigma Theta Incorporated) and head-to-head battles amongst teams (including the Iconz & Lady Iconz Step Team). I dropped the ball on gathering the names of all teams included, but I look forward to shining the light on all teams involved at the next one!

There were a lot of great moments, but my top 3 moments from least to favorite go…

You can catch some of the footage of “BREAK THE STAGE” 2021 in the video below or check out Precision Step Team on Instagram, Facebook, Youtube, or theboldenacademy.com.

If you made it this far, thanks for reading.