Bridging the gap between stage & street dancing.
Share This Page

What does subjective dancing mean?

(Adjective)
Based on or influenced by personal feelings, tastes, or opinions

(Verb)
1. Painting a visual picture for an audience through a mixture of technical dance movements

2. Dancing to highlight beats, off beats, and key lyrics in music while exhibiting a high I.Q. of musicality and strengths in one or more dance style(s)

3. Using a Hip-Hop based dance style when dancing to music not of Hip-Hop, Rap, Pop, Funk, or R&B origin and successfully reflecting beats, off beats, and key lyrics through movement

A term and style created by dancer, choreographer, creative director, teacher, and coach, Gregg “PapiiBDS” Whitlock. Subjective Dance refers to an adept dancer using his/her personal dance skills and musicality to express their interpretations, emotions, and feelings when catching lyrics, beats, and off beats in music. The term was developed to put a title on his style of Hip-Hop choreography, which welcomes the merging/fusion of various dance styles while bringing music to life and/or storytelling in a unique way. The art form is expressed through choreography and/or freestyles with skillful and technical dance movements, reflects the dramatic changes in the intensity vs. subtleness of the music playing and paints pictures for the viewing audience. Coach Gregg believes that, like a painter, dancers create art based on how they personally feel someone should move to a particular song/sound at that given moment. That piece of art is then left open to be perceived by viewers however it hits each of them, whether it paints the same picture/story the original choreographer/dancer intended or not. It’s all subjective. See Subjective Dancing 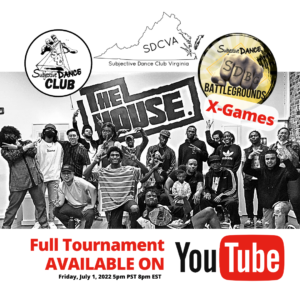 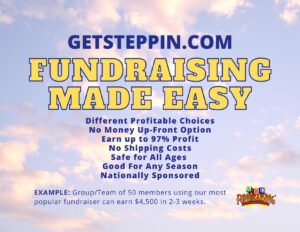 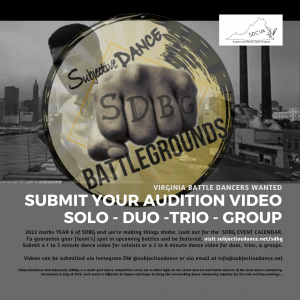 Are you in Virginia?